In a tight match, the Houston Academy boys held on to beat Providence 3-2 on the pitch Tuesday night. Houston Academy dominated possession and scored nice goals by Luke Thompson, Braden Phillipps and a penalty kick by Eli Sanera. Providence scored late in the game to put Houston Academy on their heels, but HA’s defense held on for the victory. Houston Academy’s JV boys soccer team’s record now comes to 5-5-4 as they head into tournament play in Montgomery this weekend. Coach Ken Jackson, Head Coach of the JV team, was pleased with their efforts. “The boys passed the ball well and played as a team during a majority of the match. I’m very proud of their efforts and determination to finish the game with a win.” 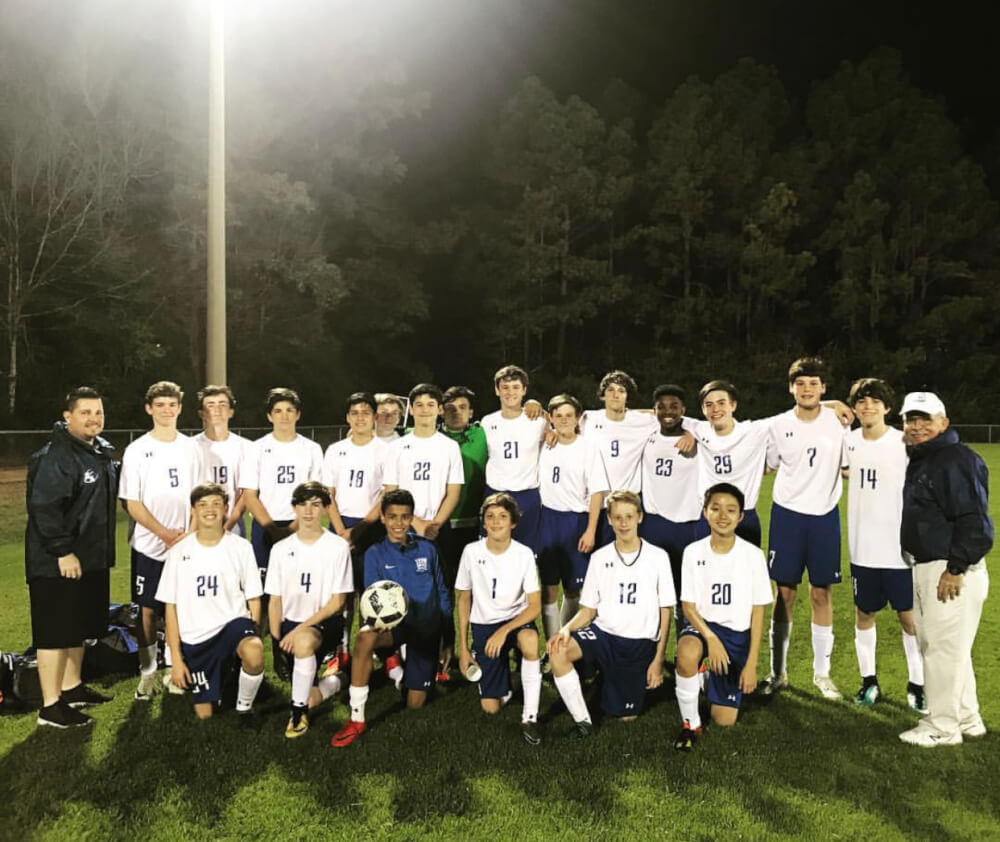