On Friday, Houston Academy competed against 7 schools in the state
tournament for scholars’ bowl at Troy University in Montgomery. The
tournament semi-finals consisted of 3 rounds of 20 questions and a
finals round. The questions tested the students on literature, math,
science, history, geography, and current events.

HA’s team had four members who were all seniors. Kinion Fowler has
been on the varsity team for 4 years and was the team’s captain and
highest scorer. Abby Curtiss and Colton Ash have participated in
scholar’s bowl for three years, and Nick Brock, in his first year of
playing for HA, was the second leading scorer.

Houston Academy won each game in the semi-finals, and played against
Lee-Scott in the finals. Although Lee-Scott was leading for the first
10 questions, HA earned more points in the last few questions making
them the state champions by 20 points. Congratulations to Fowler,
Curtiss, Ash, and Brock! 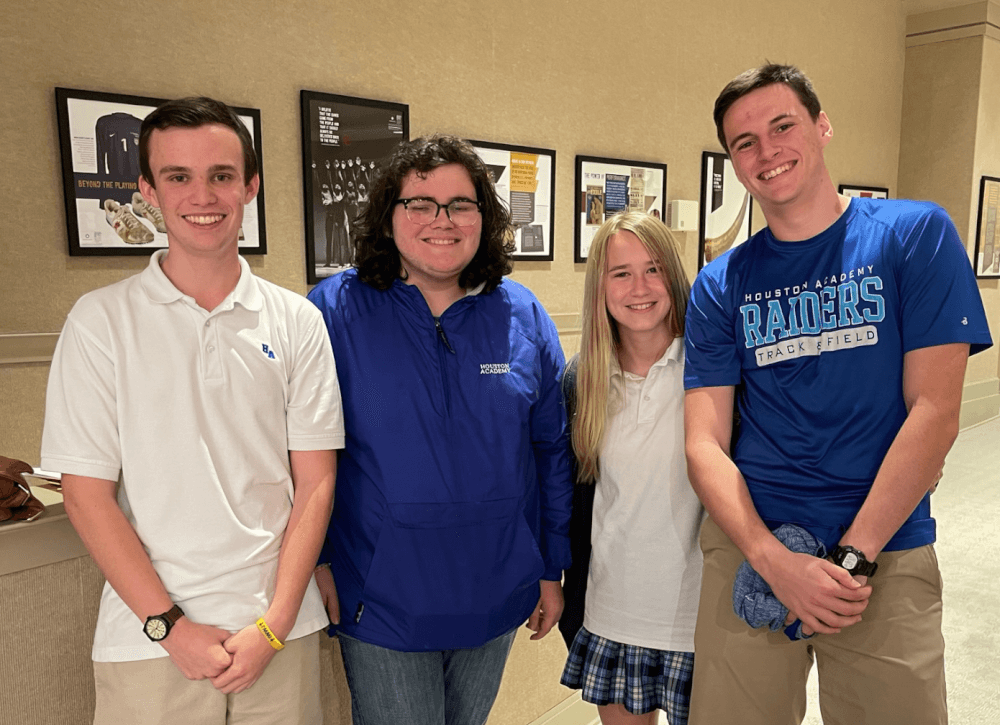