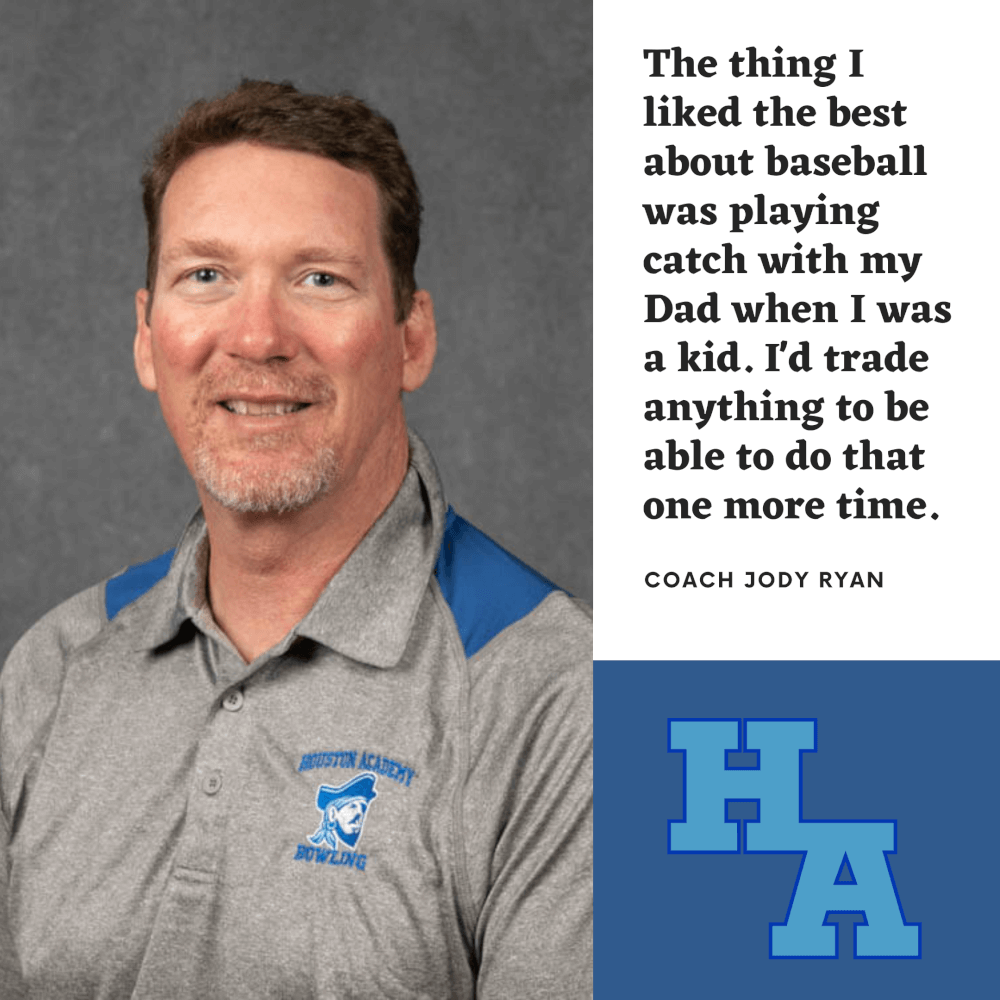 HA US DM: What do you like about baseball?

Coach Jody Ryan: There were many things I liked about baseball. The smell of pine tar, popcorn, leather and fresh cut grass, bus trips, kangaroo court, spring training, three man lift, the upside down man, Max Patkin, pranking the announcers, the camaraderie with your teammates, but the thing I liked the best about baseball was playing catch with my Dad when I was a kid. I’d trade anything to be able to do that one more time.

HA US DM: Did you ever make the big leagues? How close were you? Did you play minor league ball? If you could pick any team(s) in the MLB, what teams would you play for, what position(s), and why?

Coach Jody Ryan: I did not make it to the Big leagues, AA was my stopping point, you like to think as a player you’re a phone call away from the 25 man roster but in reality I was a long way away from a major league career. I did get to dress for one Big league spring training game. It was an awesome experience to be on the field and in the bullpen with those guys but it was quite humbling as well. Those guys you see on TV are really really good at what they do, the best in the world. If i could pick any teams that I would like to play for they would be the Boston Redsox and The Seattle Mariners. The Boston Redsox because I grew up in Massachusetts and have been a Sox fan all my life. Even though I’m from Mass don’t call me a Yankee, I’m a Redsock!  Also the Seattle Mariners because that is the team that drafted me and gave me a chance and I will always be forever grateful to them for that opportunity. Although I was a pitcher I think if I could do it all over again I would have been a catcher because I liked the action of being involved with each pitch of the game and I also liked to hit and we didn’t get to that being a pitcher, especially in the American League.

HA US DM: If you could go back to a decade of music, which one and why?

Coach Jody Ryan: If I could go back to a decade of music it would be the 60’s. I was the youngest of six kids and being born in ’63 that was what I was brought up with. I liked the sound and the message. No doubt there was a lot going on in our country back then and the music expressed the concerns. I will always be “Grateful ” to have witnessed Jerry Garcia and the Dead while he was still with us. It’s amazing how you can be shown the light in the strangest of places if you look at it right. Thank you Mr Hunter.

Thank you, Coach Ryan, for all you do for our HA community! 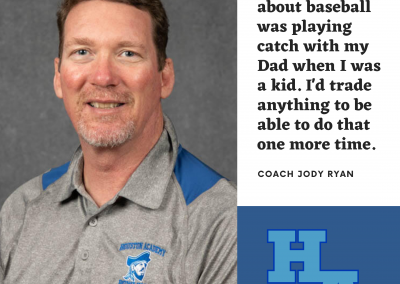